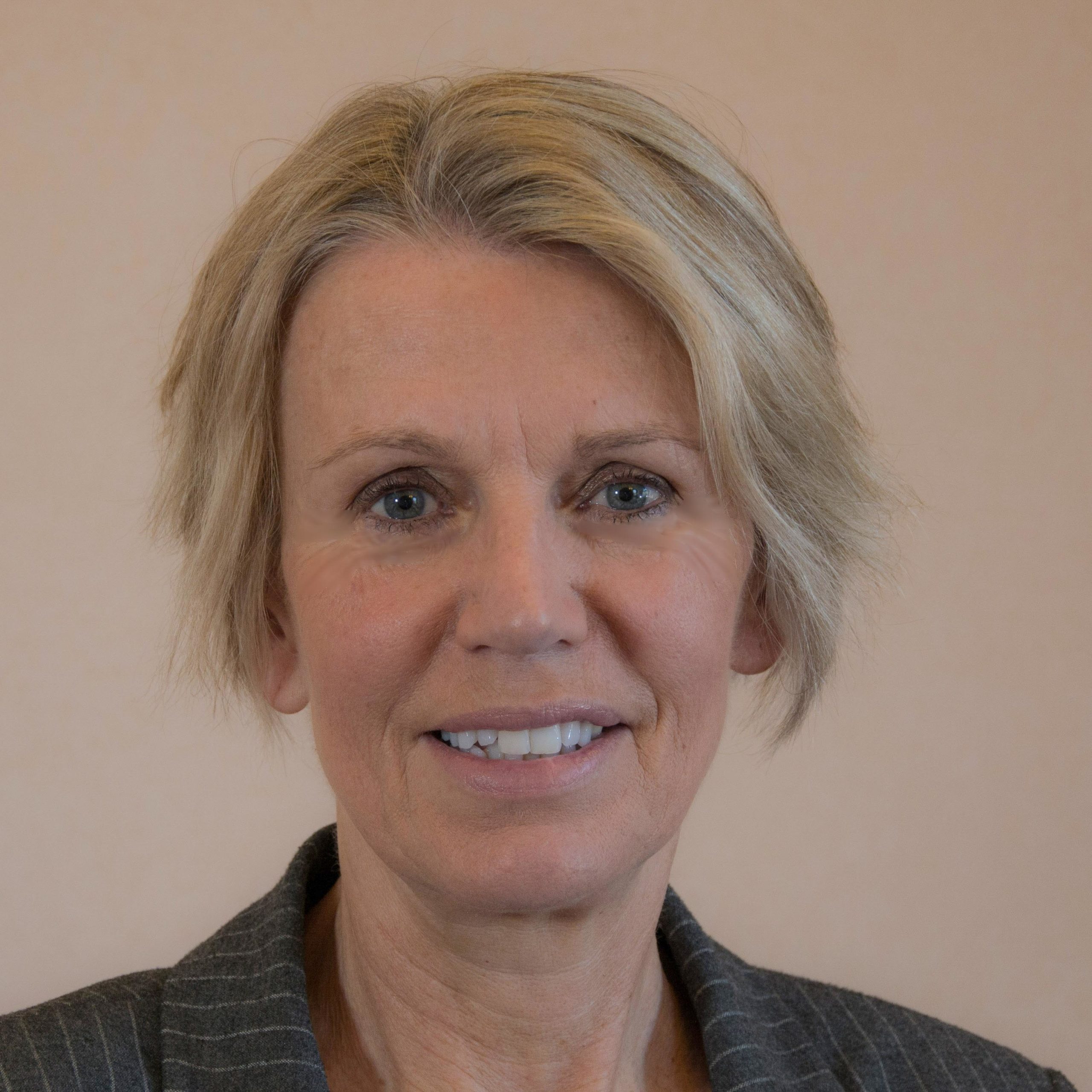 Alison has been a partner of the firm for more than 35 years having graduated from Edinburgh University in 1982 with a first class honours degree. Her area of expertise is in relation to private client work where she deals with Wills, Powers of Attorney, Trusts, Tax Planning, Asset Preservation and executries. Clients say that they value not only Alison’s efficiency and high standards in dealing with their affairs but also her caring nature and willingness to “go the extra mile” to provide the highest level of personal service to all of her many clients.

Alison’s determination to excel is also reflected outside the office having competed in two Olympic Games for the Great Britain Hockey team, culminating in a Bronze medal at Barcelona in 1992. On retiring from international competition in 1995 she had amassed 257 caps for Scotland and Great Britain, a world record acknowledged in the Guinness Book of Records at the time. Alison was awarded an MBE in 2001 for services to hockey and still plays competitively (albeit more slowly) today. 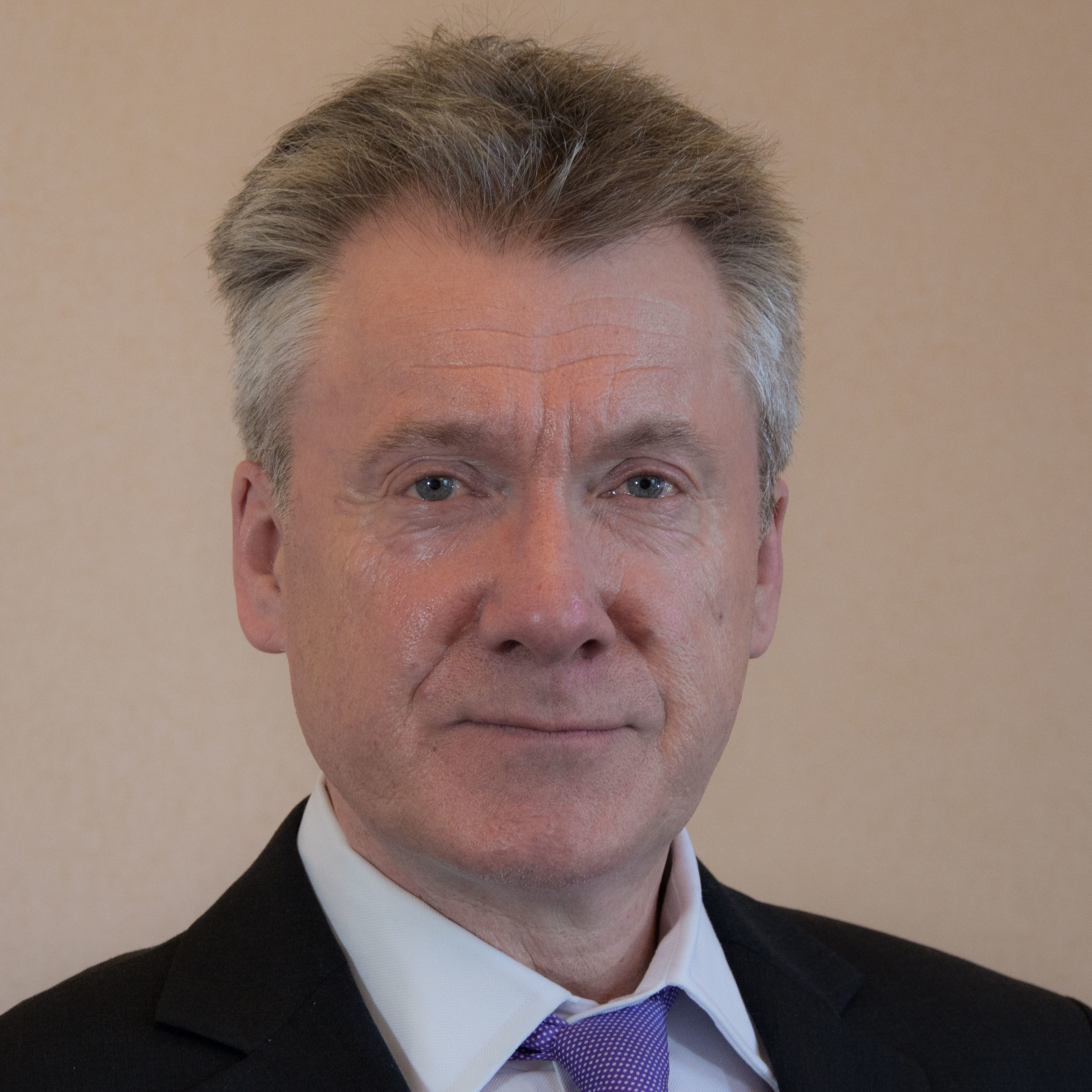 Stephen joined Jameson & Mackay in 2013 and became a partner in 2016.Stephen manages and is the resident partner in our Auchterarder office and provides a range of legal services to the local community.

He is a graduate of Edinburgh University and before joining Jameson & Mackay had wide experience with other local legal firms.

Outside the office his interests include hill walking, ornithology and swimming 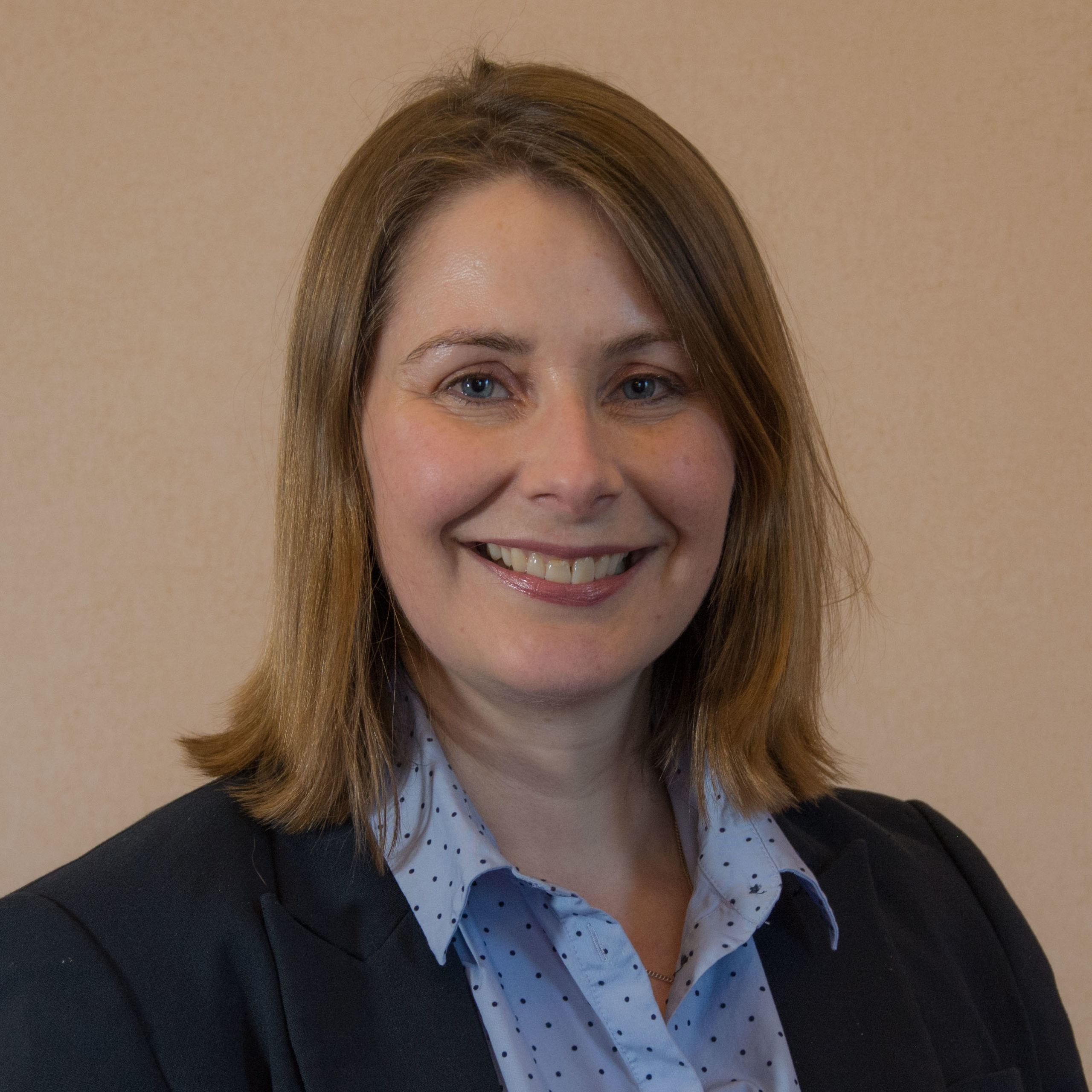 Jennifer graduated from Aberdeen University where she studied Law and French and joined the firm in 2005 as a trainee.   Prior to pursuing her legal career, Jennifer spent a number of years working  in a wide variety of non-legal roles in the UK and abroad. She has an interest in languages having spent a year of her degree studying French and European law in Grenoble, France.  Jennifer is a Partner and concentrates primarily on property transactions for a wide ranging client base. Outside of work, Jennifer enjoys skiing, walking, cycling and spending time with her young family. 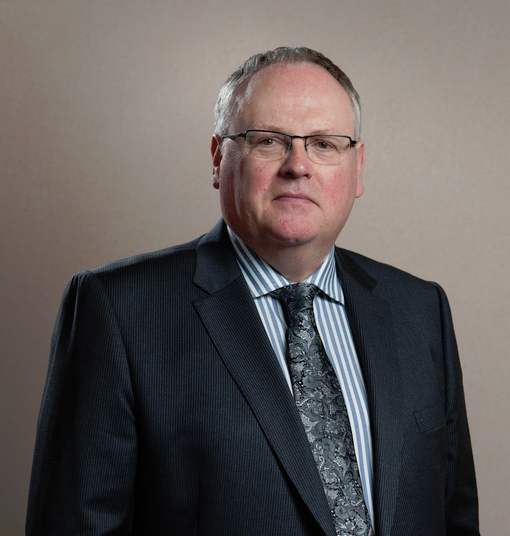 A graduate of Aberdeen University, Brian joined the firm in 1978 and was a partner from 1983 till 2018. Although no longer a partner Brian remains closely involved with the firm as a consultant and will continue to advise clients on residential and commercial conveyancing, and commercial matters. His involvement with property matters also extends beyond the office to Perthshire Solicitors Property Centre where he has served as treasurer and is a past Chairman of PSPC.  Out of the office Brian enjoys reading, music, walking his two daft sheepadoodles, Wooster and Mabel, and photography. Victoria graduated from Edinburgh University in 2006 and worked within a large firm in Glasgow before joining the firm in 2020. Victoria is a solicitor within our Court department and a Notary Public. Victoria deals with all aspects of civil work and family law. Further Victoria is Accredited as a Personal Injury Specialist by the Law Society of Scotland. Outside of the office she enjoys spending time with her young family. 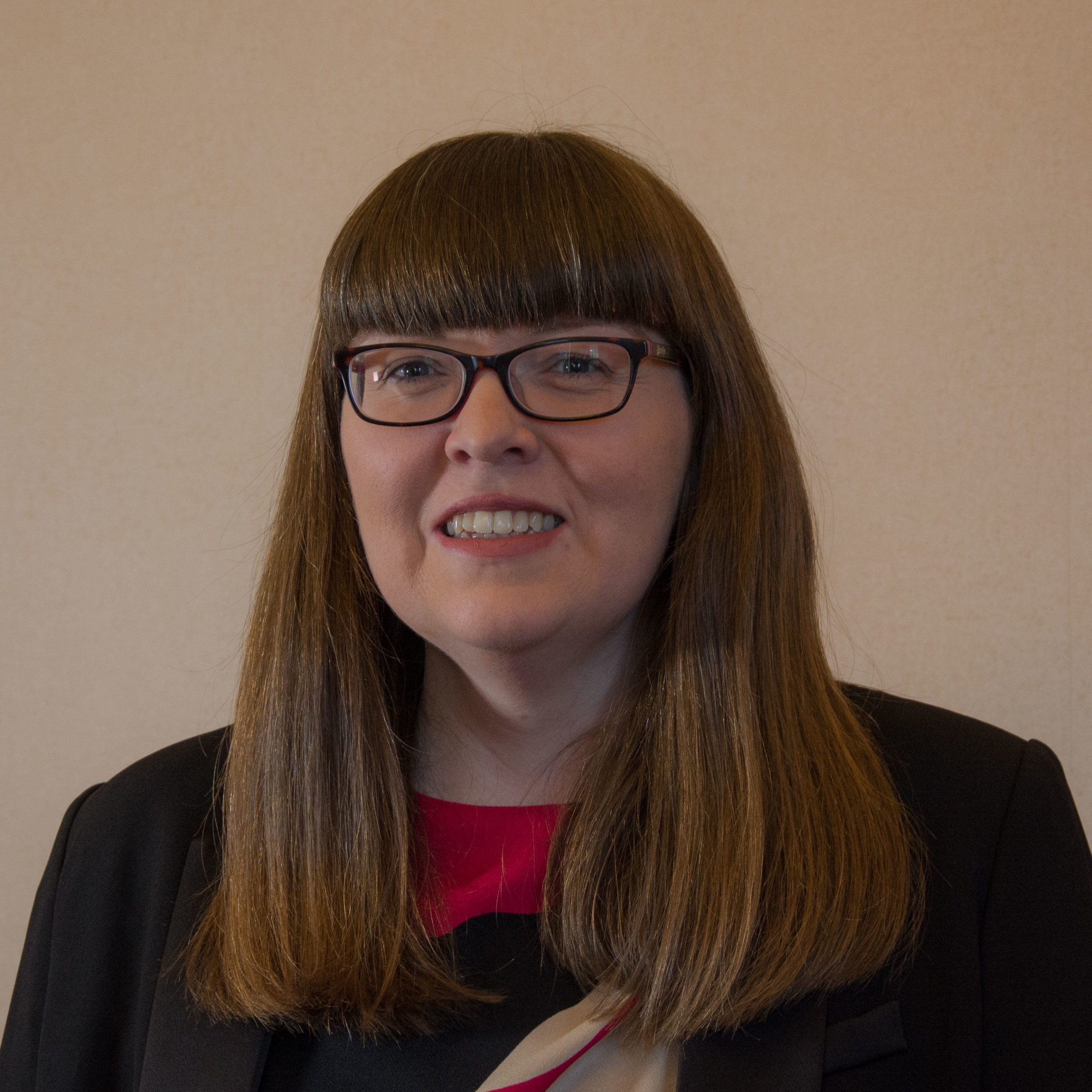 Debbie studied at Dundee University before moving to Perth to complete her training. She joined Jameson + Mackay in 2016 as an assistant solicitor from another local firm. Debbie deals primarily with Private Client work and is also a Notary Public. Outside of the office she enjoys walking and playing tennis. 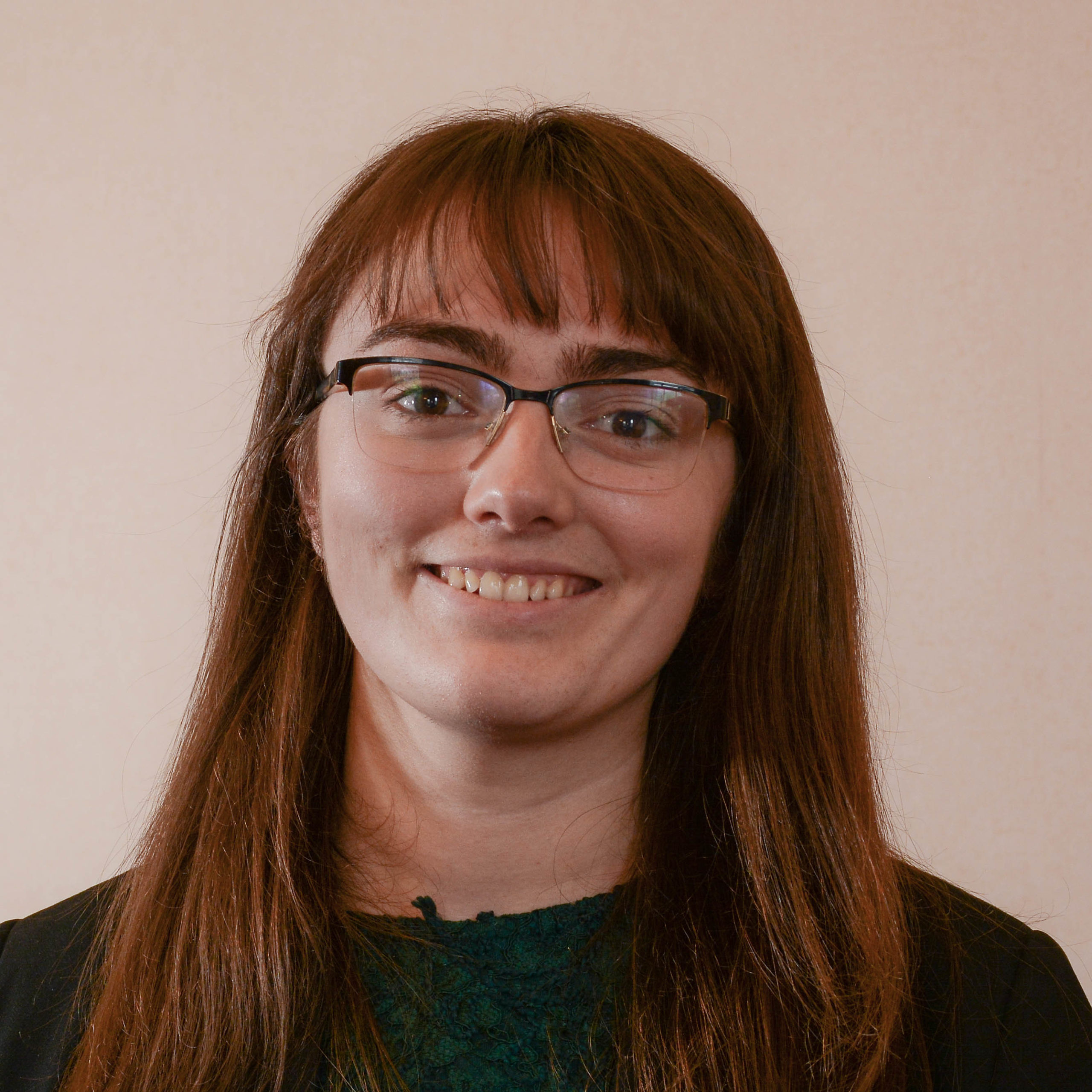 Rona studied at Aberdeen University and joined the firm in 2017 as a trainee after completing the post graduate Diploma of Legal Practice at Edinburgh University. Rona qualified as a solicitor in 2019 and is a valued member of both our Conveyancing and Private Client teams. Outside the office Rona is a member of Perth Toastmasters and enjoys socialising, reading and hillwalking. 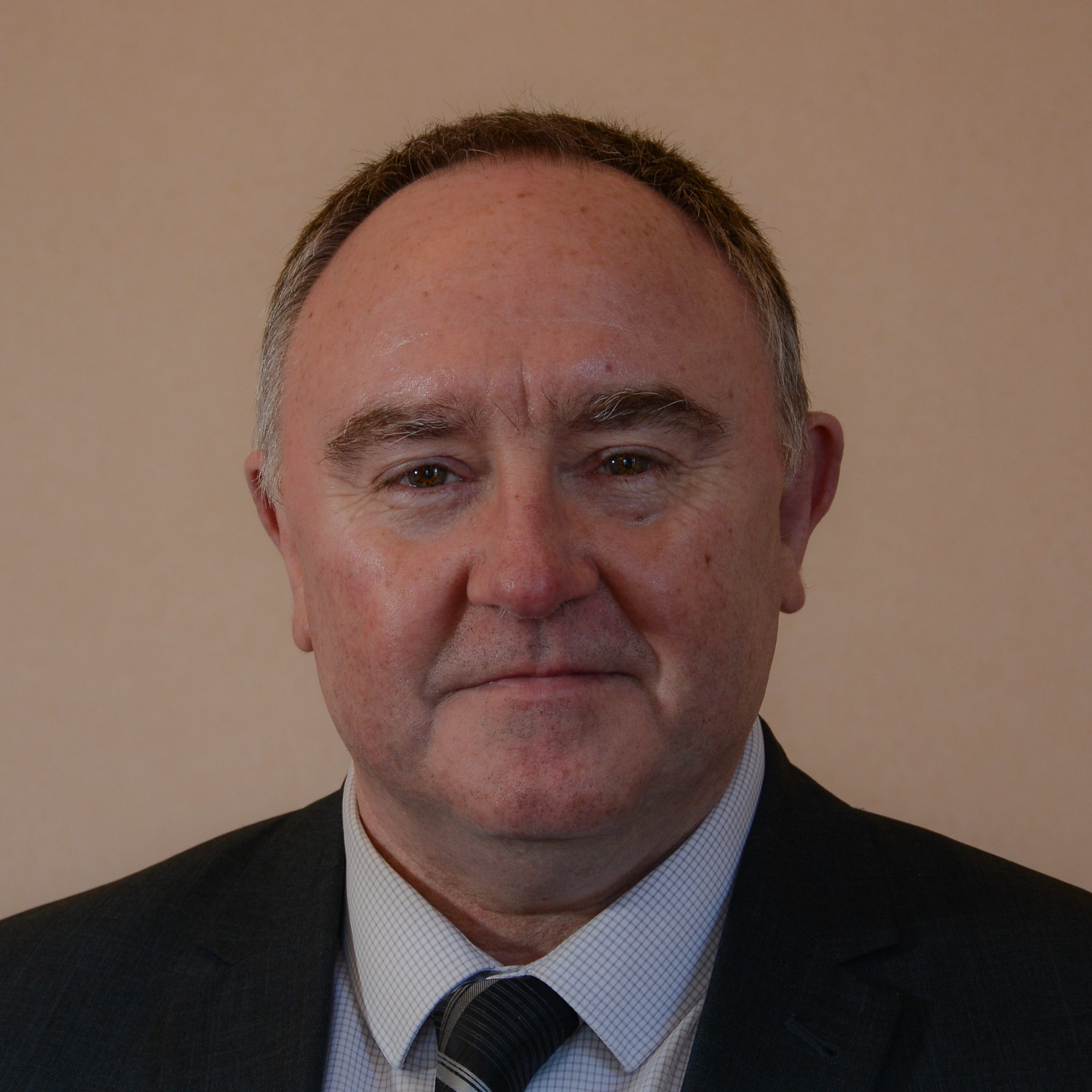 Gary moved to Scotland in 1993 from South Wales and, in 2010 following a 30 year career in retail banking and finance, trained with a Glasgow based firm of solicitors to providing in-house advice on Wills and Powers of Attorney in local Building Society branches. Gary joined Jameson + Mackay in 2012 and in order to expand his knowledge and expertise of the subject he studied for the STEP Diploma in Trusts and Estates, and is now a full member of STEP (the Society for Trust and Estate Practitioners). Gary specialises in Wills, Estate planning, Asset Protection and Powers of Attorney.

Gary has two grown up children who have flown the nest and he now spends his time outside work reading (a lot) and walking (not so much). It goes without saying that he is a rugby fan and although he no longer plays he continues to support his national team (both of them). 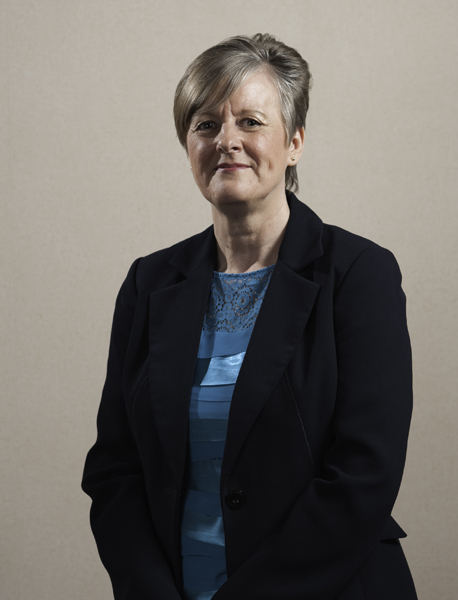 Pauline moved from Edinburgh to Perth after a career in the Financial Services Industry. She is now an Accredited Paralegal with Jameson + Mackay where she has worked for 12 years in the private client department. Her main areas of work are Executry administration and assisting elderly clients manage their affairs. Outside the office Pauline enjoys the outdoors, in particular walking and skiing.

Holly joined the firm in 2004 and worked for many years in our conveyancing team before turning her hand to executries and other private client work. She now works closely with Alison as a valued member of our private client team and clients appreciate her friendly and highly empathetic nature. Out of the office, Holly is kept busy with her young family and exercising her dog. 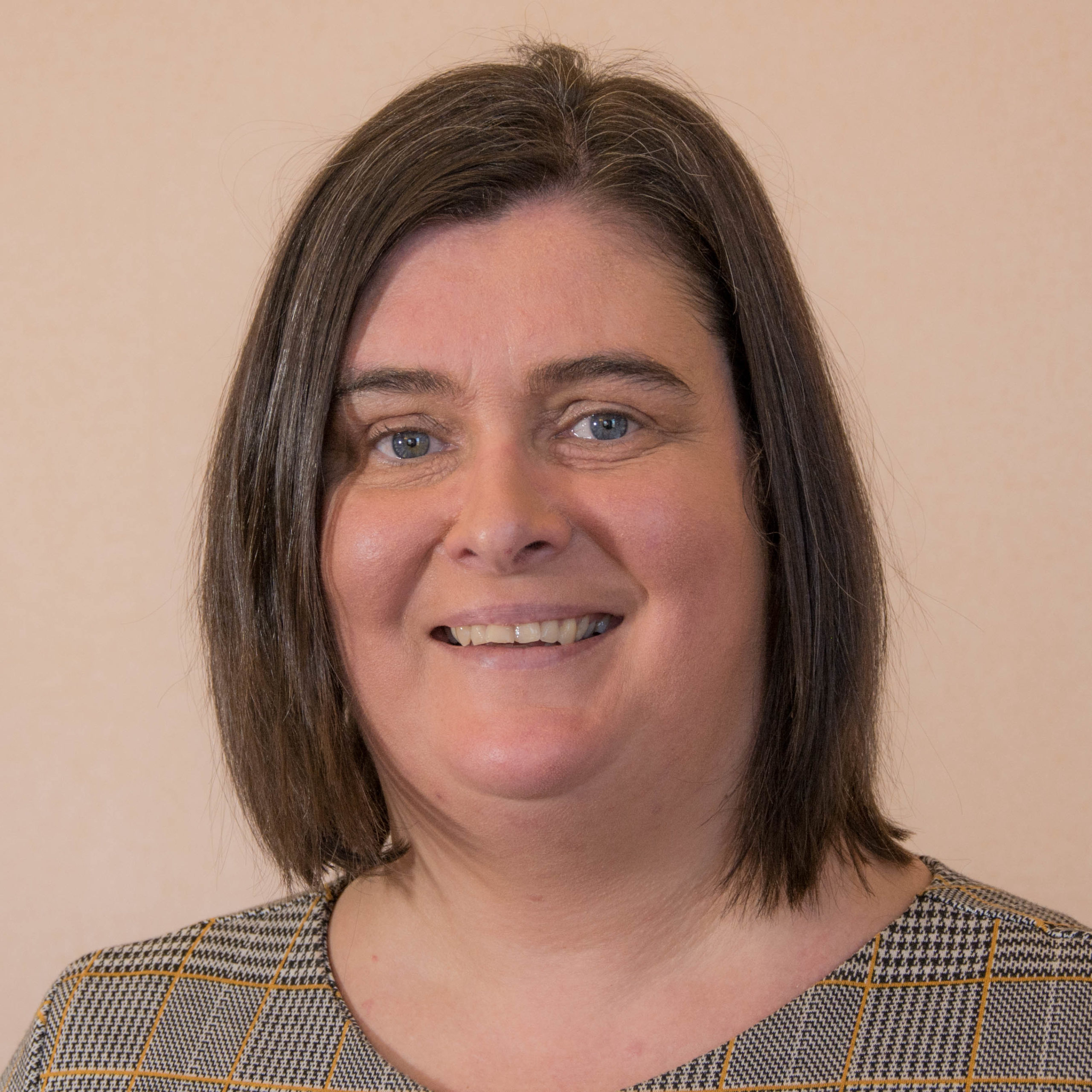 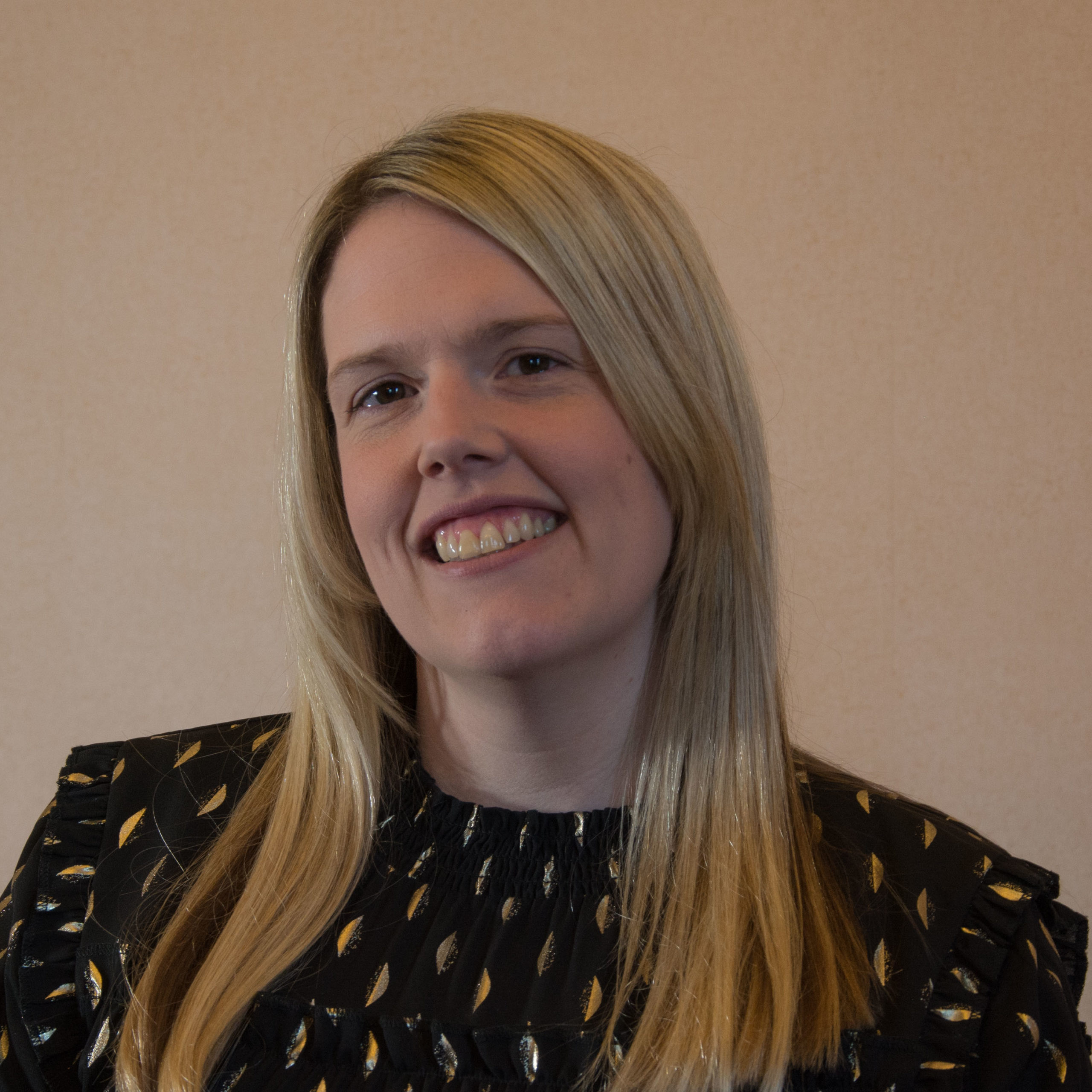 Margo has worked in the legal sector as a legal secretary for the past two decades. She joined us in 2017 where she continued to work as a legal secretary in all of our departments. She has now joined our Private Client team as a Trainee Paralegal where her caring and empathetic manner is valued by our clients. When she is not at work Margo enjoys spending time with her husband and their three children. 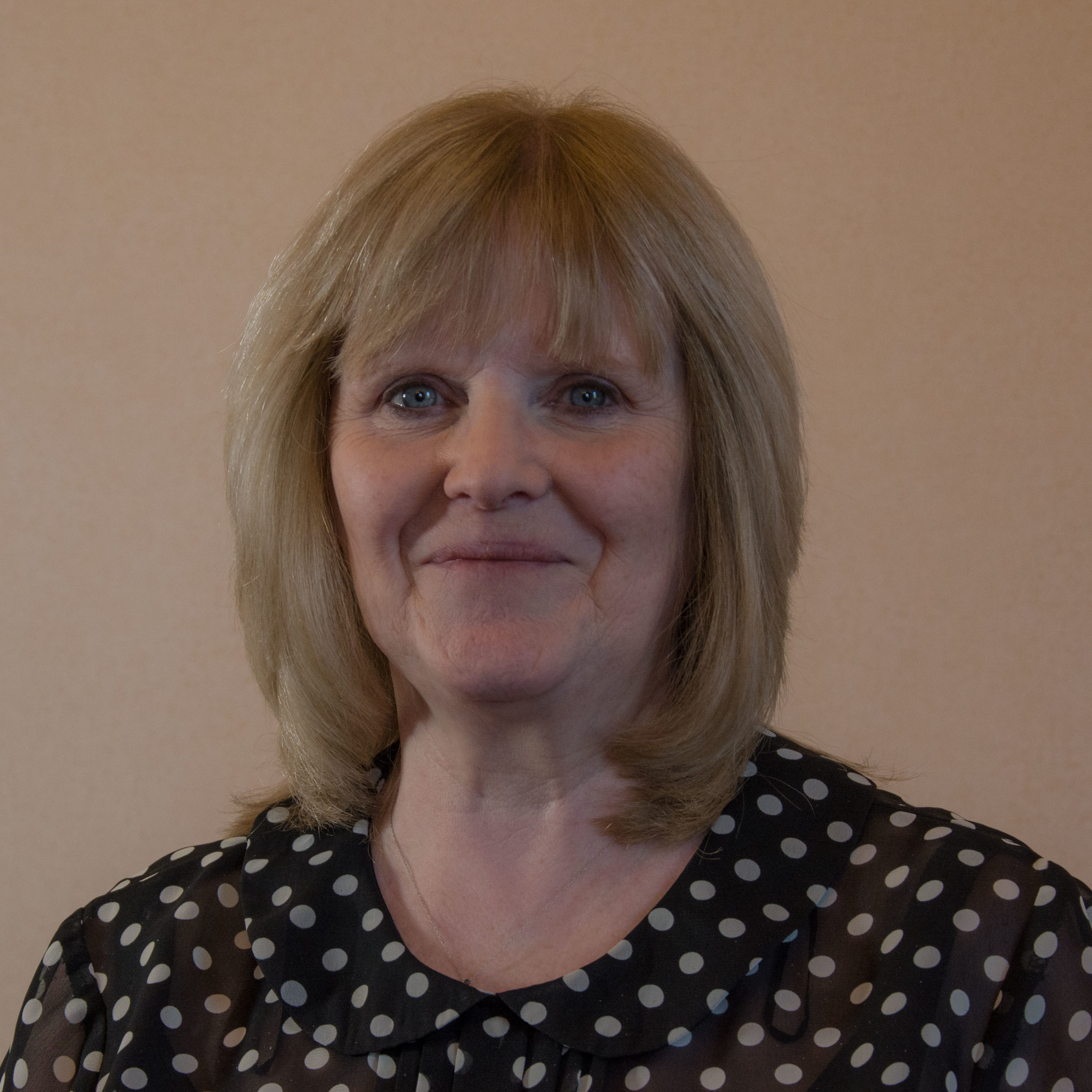 Ann has worked in the legal sector as a legal secretary for over 30 years. In 2010 she successfully completed the Certificate of Performance in Specialist Paralegal Studies in Family Law from Strathclyde University. She thereafter joined the Private Client Department at Jameson + Mackay where she is now works as an Executry Paralegal.

In her spare time she enjoys walking, reading and socialising. 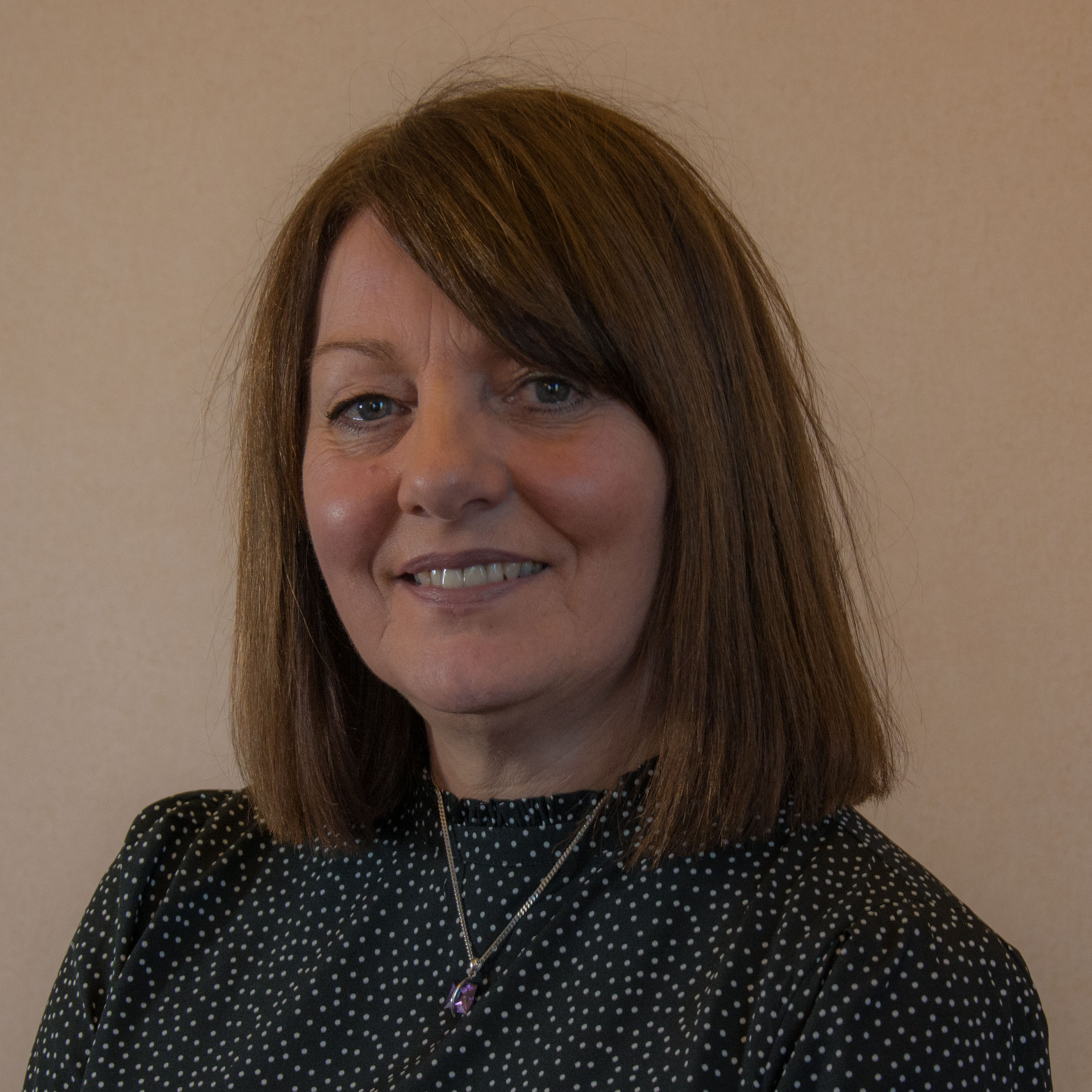 Corinne has been involved in estate agency for nearly 20 years following a previous career in banking. She joined us in 2006 from another local firm. She provides excellent customer service skills and assists in all areas of our estate agency department. Corinne likes to build good relations with our clients through the sale process and enjoys negotiating to achieve the best price. Away from work she enjoys country walks, spends lots of time socialising with family and friends and enjoys holidays abroad.

With a wealth of knowledge and experience gained in the European and Perthshire property markets, Helen, as a qualified and registered Letting Agent is best placed to advise you, whether it be for property sales or rentals. Passionate about client care, she provides an excellent service, advising how best to prepare a property for market; providing realistic property valuations; presenting your property at its best to the market and negotiating the best price for you.